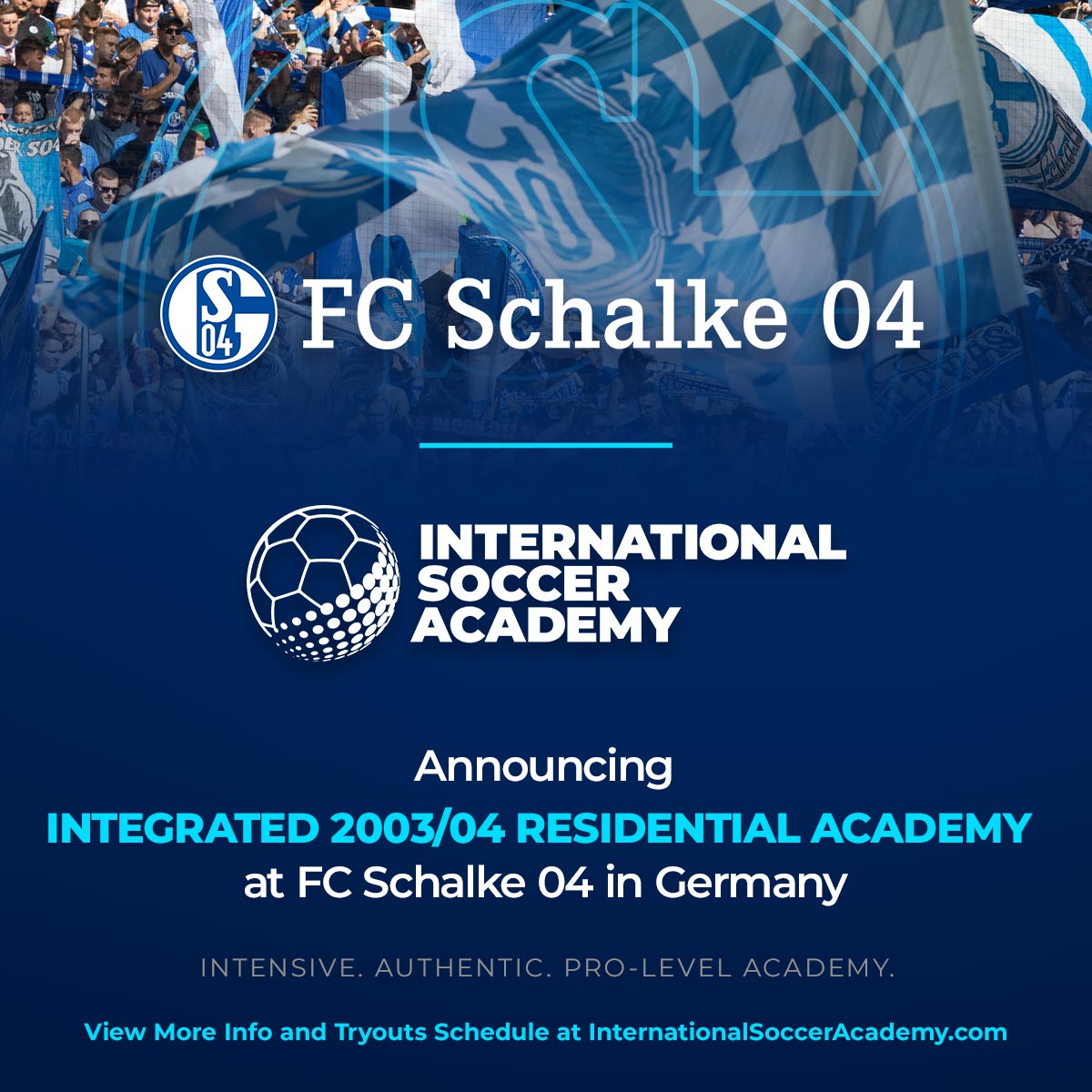 SAN DIEGO, March 17, 2021 /PRNewswire/ — Americans always strive to be at the top of their game and many sports fans agree that Germany is one of the leading countries in soccer. Many kids dream of playing professional soccer in the Bundesliga, Germany‘s top league, but reaching this goal has always been tough, regardless of natural talent or training. To create a solid pathway for players aspiring to play abroad, International Soccer Academy has teamed up with world famous FC Schalke 04.

Today, International Soccer Academy (https://internationalsocceracademy.com/fc-schalke-04/) and FC Schalke 04 (https://schalke04.de/en/) have announced an unrivaled partnership and have launched a team that will be integrated into the youth academy of the Bundesliga club, opening the door for talented footballers from America to train in Germany at the legendary academy known as The Knappenschmiede.

As the second largest sports club in Germany, and the fifth largest in the world, seven times German Champions FC Schalke 04 has one of the most successful youth academies in Europe with over 100 graduates playing in the Bundesliga including World Champions Manuel Neuer, Benedikt Hoewedes, Julian Draxler, and Mesut Ozil.

“Schalke offers young American players a once-in-a-lifetime opportunity to succeed in one of the best soccer academies in the world,” said Peter Knäbel, Senior Director Knappenschmiede.

Schalke’s goal is to use the International Soccer Academy’s program to strengthen its long-term efforts in the USA and to identify players from America.

Recognized for their appreciation of American talent, Matthew Hoppe is Schalke’s most recent addition to the first team roster.

This initiative with International Soccer Academy offers the only completely integrated player development program at Schalke. For the first time ever, and for a full academic year, the top youth soccer players born in 2003 and 2004 will live, learn and compete under the guidance of the Schalke Academy. Players will be coached exclusively by Schalke coaches and compete against other Bundesliga academy teams.