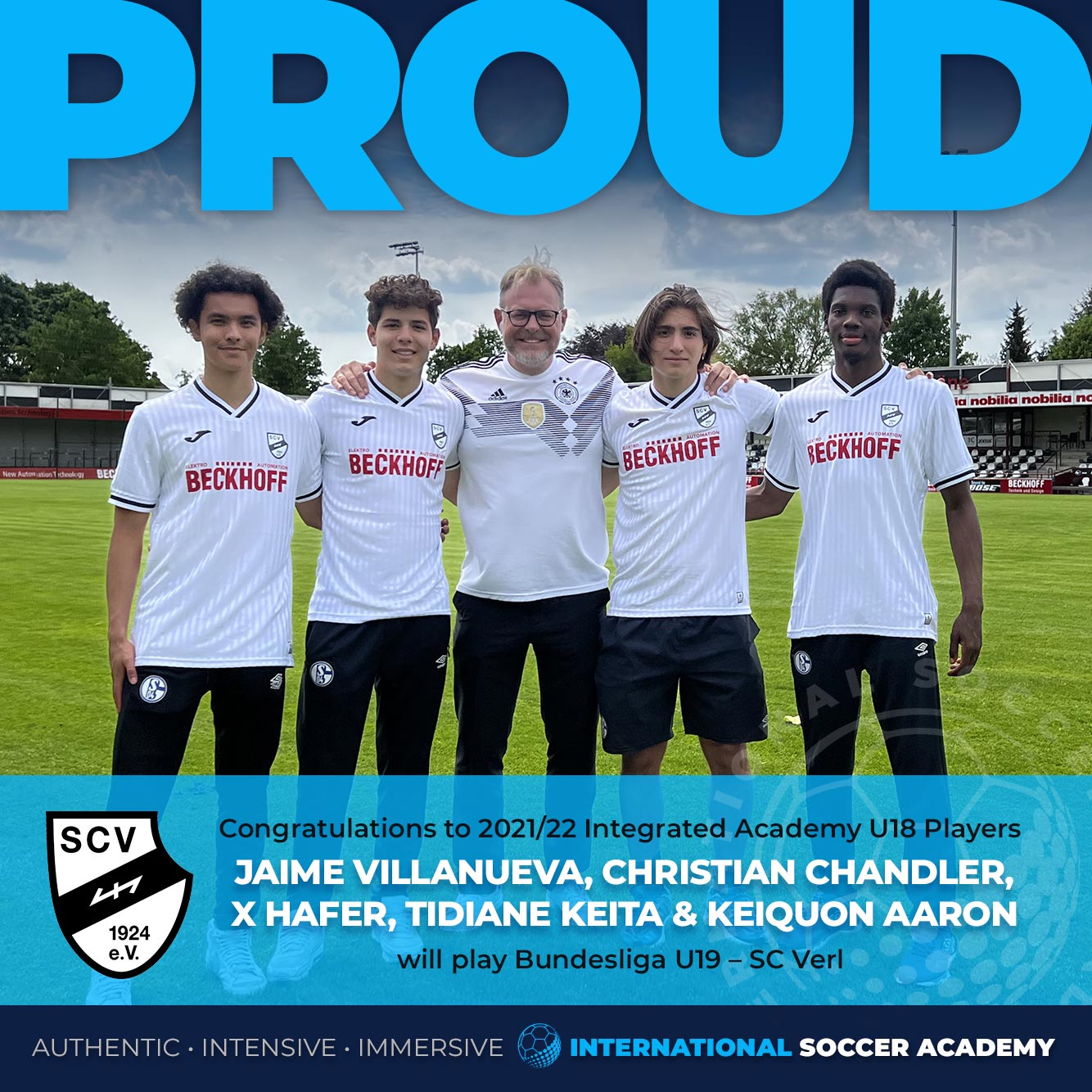 "We are very proud," said Eddie Loewen. "The signing of five players with SC Verl to play U19 Bundesliga from our International Soccer Academy / FC Schalke 04’s Integrated Academy proves our success."

“This is proof of concept,” said Eddie Loewen — cofounder, International Soccer Academy. “The signing of our five players with SC Verl is living proof that our program works. We are proud to create the opportunity for American youth soccer players to compete in the world’s leading U19 league.”

Over the past 18 months, International Soccer Academy has successfully arranged over 65 trials with LA LIGA, Bundesliga and German clubs and a total of 12 players have signed contracts to play soccer in Europe.

“Our goal is to create a pathway for top American youth soccer players to become professionals or top collegiate impact players,” said Diane Scavuzzo, co-founder of International Soccer Academy. “We are proud SC Verl chose players from our FC Schalke 04 Integrated Academy. Competing in the U19 Bundesliga against FC Schalke 04, Borussia Dortmund, Bayer Leverkusen, FC Köln and other Bundesliga teams is a real dream for many teenage soccer players.”

Daniel Fröhlich, Head Coach of SC Verl U19 said, “We are excited to welcome these talented players and look forward to our success in U19 Bundesliga.”

SC Verl has won several championships and is an outstanding club focused on succeeding in the future of the game.

“I am proud to join SC Verl,” said Christian Chandler. “To play in the U19 Bundesliga is a huge opportunity for any player to showcase their talent.”

“This is the opportunity of a life-time and I am thrilled to be selected to play for SC Verl and compete in the U19 Bundesliga,” said Keiquon Aaron, who is in the Trinidad and Tobago Men‘s National U20 Team player pool for the CONCACAF Gold Cup.

“After playing for at FC Schalke, one of the best academy in the world, to now play for SC Verl is incredible,” said Tidiane Keita.

Jaime Villanueva said, “Excited to join SC Verl and play against some of the best teams in Europe.”

An exclusive partnership with Hertha Berlin is launching an U17 Integrated Academy this fall. Interested players for the 2022/23 rosters should complete the APPLY NOW form.