Joe Joe Richardson was a youth soccer player from Washington state with big dreams of playing soccer in Europe and now has just signed his second contract to play soccer for the recently promoted club Greifswalder FC in Germany.

Twenty-year-old attacking midfield Joe Joe Richardson is a student at New York University, or perhaps more accurately is a college student on leave from NYU’s Stern School of Business. One of U.S. News & World Report’s “10 Best Business Schools for Finance,” graduates of NYU’s Stern usually earn $225,000 plus after graduation … but what is more important than a lucrative career in finance? Being a footballer. Richardson has put his career path in investment banking on hold to follow his soccer dreams.

During the early days of the pandemic when classes went virtual, Richardson joined the prestigious International Soccer Academy gap year program in Mallorca, Spain to take his game to the next level. After several months of impressing International Soccer Academy co-founder Eddie Loewen and Associate coach Holger Gehrke, a former Bundesliga goalkeeper at FC Schalke 04 who became a national team coach, Richardson was approved for going on trials with LA Liga, Bundesliga and other European soccer clubs.

Recommended by Gehrke, who was also a former head coach of FC Köln, Richardson accepted a roster spot in Germany at Greifswalder FC. 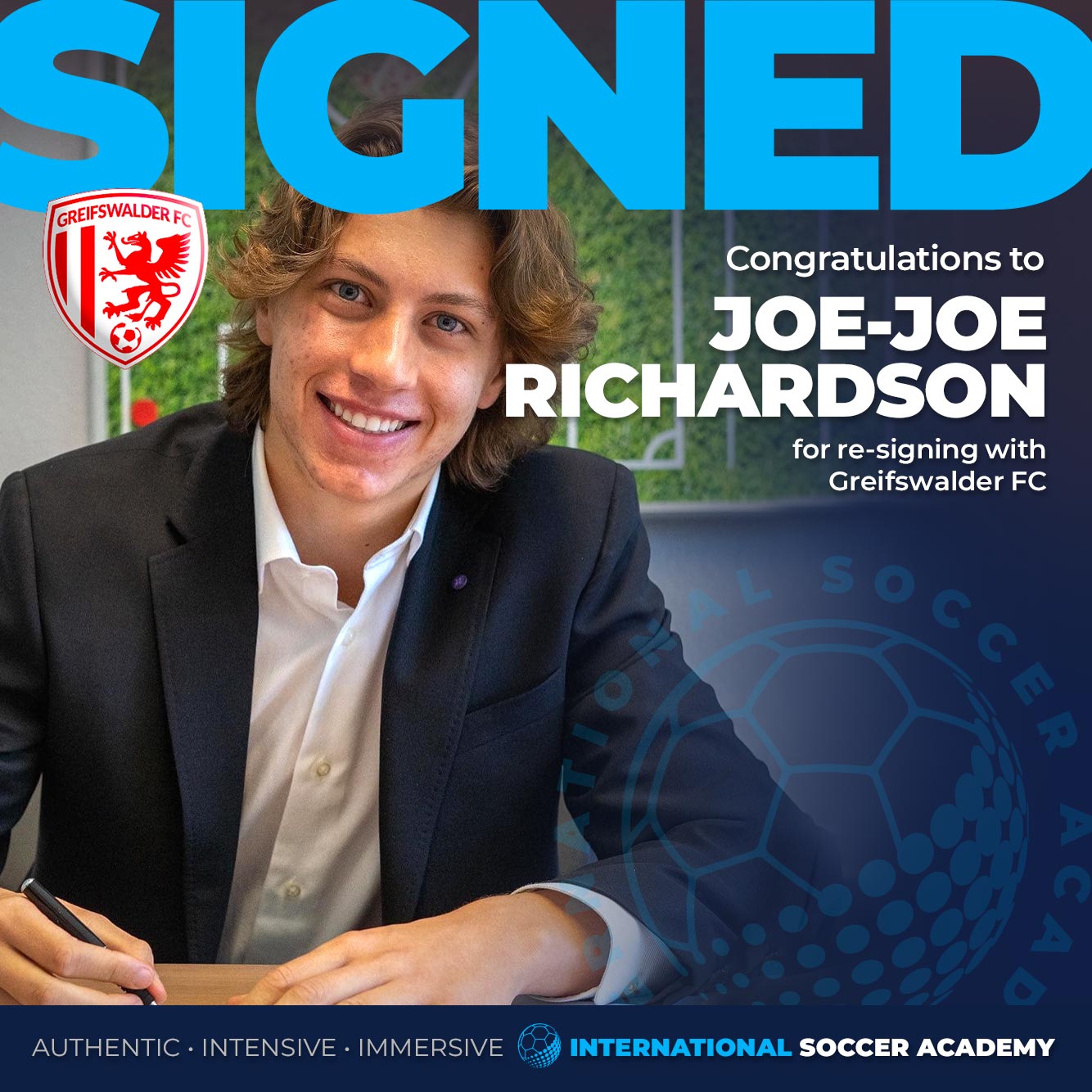 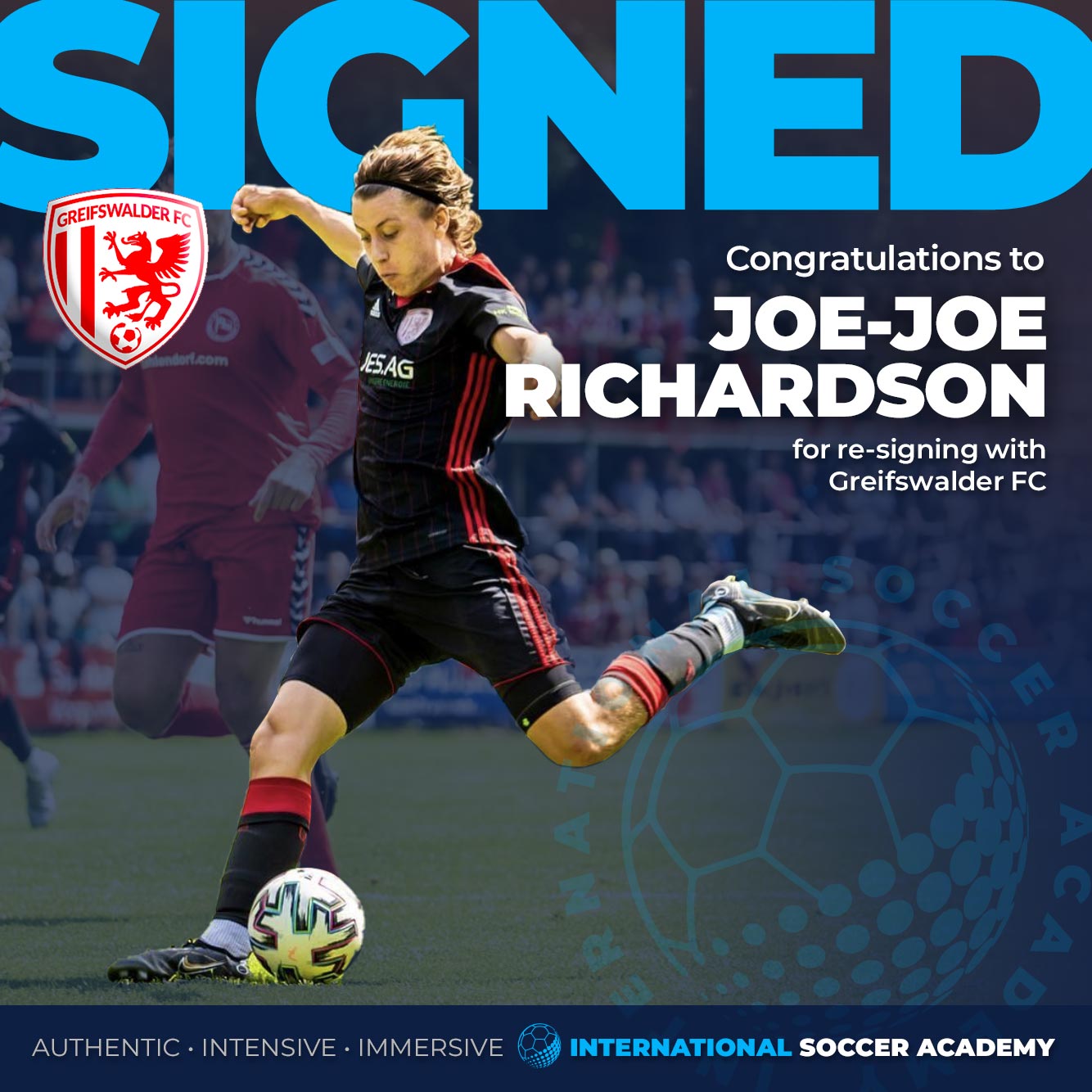