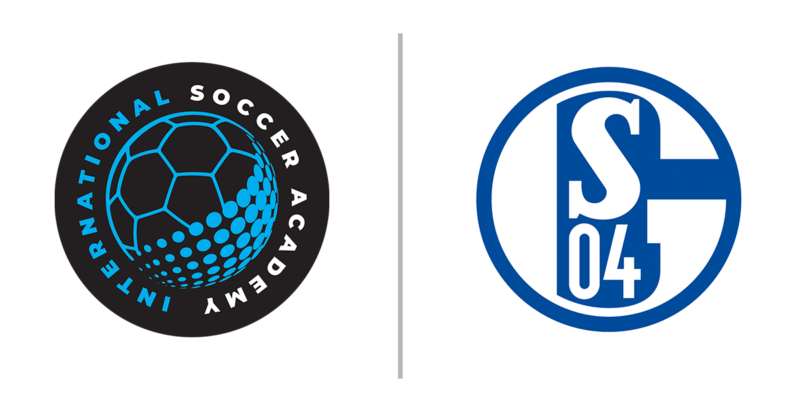 Set to Begin Year-Long Residency Program in August, 20 Under-18 American Soccer Players Will Live, Train and Develop Together in Gelsenkirchen, Germany, and Compete Against Other Academy Teams for the 2021-2022 Bundesliga season. Only three roster spots remain on this squad which will take on Bundesliga Academy teams in Germany.

SAN DIEGO (June 28, 2021) – As part of its ongoing mission to provide a solid pathway for elite players aspiring to play abroad, International Soccer Academy is pleased to announce that scouts and coaches from the FC Schalke 04 sporting staff have accepted the core group of elite American youth players through an extensive nationwide search and thorough evaluation process.

Through the groundbreaking partnership with International Soccer Academy, the technical staff from The Royal Blues have identified and selected the core of players that will comprise the inaugural Integrated Academy program of American U-18 players. Once finalized, the cohort of exceptionally talented players born in 2003 and 2004 will completely immerse themselves in Germany under the guidance, training, methodology, and competition of the Schalke Academy for the duration of the 2021-2022 Bundesliga Academy season.

Players will report to Gelsenkirchen in August and compete and train through the conclusion of the 2021-2022 Bundesliga season in May 2022. The full roster of 20 players will be announced in early August.

“Schalke is offering young American players a once-in-a-lifetime opportunity to succeed in one of the best soccer academies in the world,” said Peter Knäbel, Board Member for Sport and Communication. “The cooperation with International Soccer Academy is a win-win for both sides.”

Absorbed into the exact same methodology and wholistic Royal Blues philosophy that has produced countless world-class talents, including Americans Weston McKennie and Matthew Hoppe, Integrated Academy players will train under the professional environment of the academy grounds, The Knappenschmiede. This team will be coached by a dedicated Schalke head coach and a dedicated assistant coach. In addition, the players will have access to the Schalke academy trainers and staff members. By competing against Bundesliga academy teams and other regional clubs as well as experiencing the Schalke curriculum, the inaugural cohort of players will find the highest level of development during this pioneering opportunity.

Players will live and board at the 4.5 Star stays by friends Gelsenkirchen, a five-minute walk from the Schalke training grounds. Partnering with Arizona State University’s (ASU) rigorous Digital Preparatory High School as a first-choice education option, the Integrated Academy players will continue their high school education and path toward college admission without missing a beat.

“International Soccer Academy is committed to bridging the gap from the U.S. to Europe for elite youth prospects by providing authentic pathways,” said Eddie Loewen, International Soccer Academy co-founder. “This group of young men is getting exactly what they have earned — the chance to be scouted by top-flight European clubs and prove they can compete with the best same age players in Europe. The Schalke development-centric approach will provide the best support and guidance to allow each player to accelerate their development.”

Schalke’s goal is to use the initiative with International Soccer Academy to strengthen its long-term efforts in the U.S., to train and evaluate high-level American players. As most short-term trials offer a limited perspective on a player’s mental and physical skills and determination, the eight-month program will provide Schalke with an unmatched scouting and evaluation opportunity to genuinely get to know each prospect.

The Integrated Academy of American players will have direct Access to Schalke’s scouting and technical staff and, if selected, tryouts with the club.

“We are looking forward to this extraordinary project and are excited to possibly find one or two players who qualify for a tryout in one of our Knappenschmiede teams,” said Kai Brock, program director. “This cooperation offers us the unique opportunity to look into the performance structures of the American market and to accompany and observe young players in the interesting age range of 17-18 over the course of a year. At the same time, this international cooperation is also suitable for creating new impulses and for examining and further developing existing structures.”

International Soccer Academy’s program with Schalke includes cultural immersion, guest speakers, pedagogical support, transportation, and high-performance analysis. The Integrated Academy roster of players will not only feel like they are professional players for Schalke, but also look like them, sporting FC Schalke 04 gear on the field during their entire season of highly competitive games against Bundesliga academies and other regional clubs.