After a national search which began in March 2021 to identify exceptionally talented players who were considered to be invited to join the inaugural integrated 2003/04 team  at FC Schalke 04, the 22 player roster arrived in Germany on August 11 and started their training. Each player was approved by Schalke scouts before being offered a roster spot on the team. With the guidance of full-time Jens Grembowietz (Head Coach) and Julian Kaliczok (Assistant Coach ), the Integrated Academy of Residential American players follow the same curriculum as the youth Bundesliga players at FC Schalke and will immerse themselves in the professional environment for the duration of the 2021-2022 football season. Training on the famed campus, the team is fully integrated into FC Schalke 04.

Virtual tryouts are currently available for the 2022/23 season. Nationwide tryout and scouting schedule will be available soon. Interested players should inquire if they can qualify by completing the PLAYER INQUIRY form. Player highlight videos are required.

All schedules subject to changes due to COVID-19 safety protocols.

"The entire International Soccer Academy and FC Schalke 04 staff are 100% committed to every players success. Every player that came to this program in August improved their game because of the dedication this program has to these boys. The goal of everyone in this program is for success for every player individually."

100+ Knappenschmiede graduates made their Bundesliga debut for FC Schalke 04

"The player is who matters. Always!"

Peter Knäbel, Board Member for Sport and Communication

Players come to prepare for professional football and to become an impact player.

As the second largest sports club in Germany, and the fifth largest in the world, former German Champions Schalke 04 has one of the most successful youth academies in the Germany — It’s record of developing players can compete with the very biggest clubs in soccer.
Schalke knows first hand the value of investing in today’s youth and has received the highest possible rating for its Youth Academy, which is three stars from the German Football Association and the German Football League. In the last ten years, many of Schalke’s  home-grown talents have started in the Champions League.
With a strong reputation for producing real footballing talent and a long list of success stories, Schalke has a history of recognizing American talent.
On the youth level, success is not primarily measured by the team’s final score. While there is no substitute for competition and performing well under pressure, success is defined by the development and achievement of individual players. The Academy’s world class training objectives are clear — Encourage and challenge each player, and instill the skills and knowledge required to advance to the next level.
Learn More About the U-18 Integrated Academy Team

In addition to football specific development Schalke also focuses on a player’s athletic and coordinated skills. From strengthening foot muscles to improving speed with photo analysis and corrective notes, this is player position specific training that give players an competitive edge.

Schalke’s goalkeeper training is recognized worldwide. Manuel Neuer, Lars Unnerstall and Holger Gehrke are only a few of the goalkeepers who have successfully completed training at the Royal Blues.

Our joint INTERACTIVE Residential Academy falls within Schalke’s competitive division (U16-U19) where the focus is on the tactical aspects, as players are expected to be technically proficient. Players will be trained by Schalke’s fully qualified football coaches and the head coach for the team will hold a UEFA / DFB A license.

With over a century of rich tradition, Schalke values modesty, fair play, team spirit, respect, passion and a player’s dedication.

Players on the INTEGRATED Academy will live at The Courtyard by Marriott Gelsenkirchen, which is walking distance to the Schalke stadium, the Veltins-Arena.

Learn More About the U-18 Integrated Academy Team 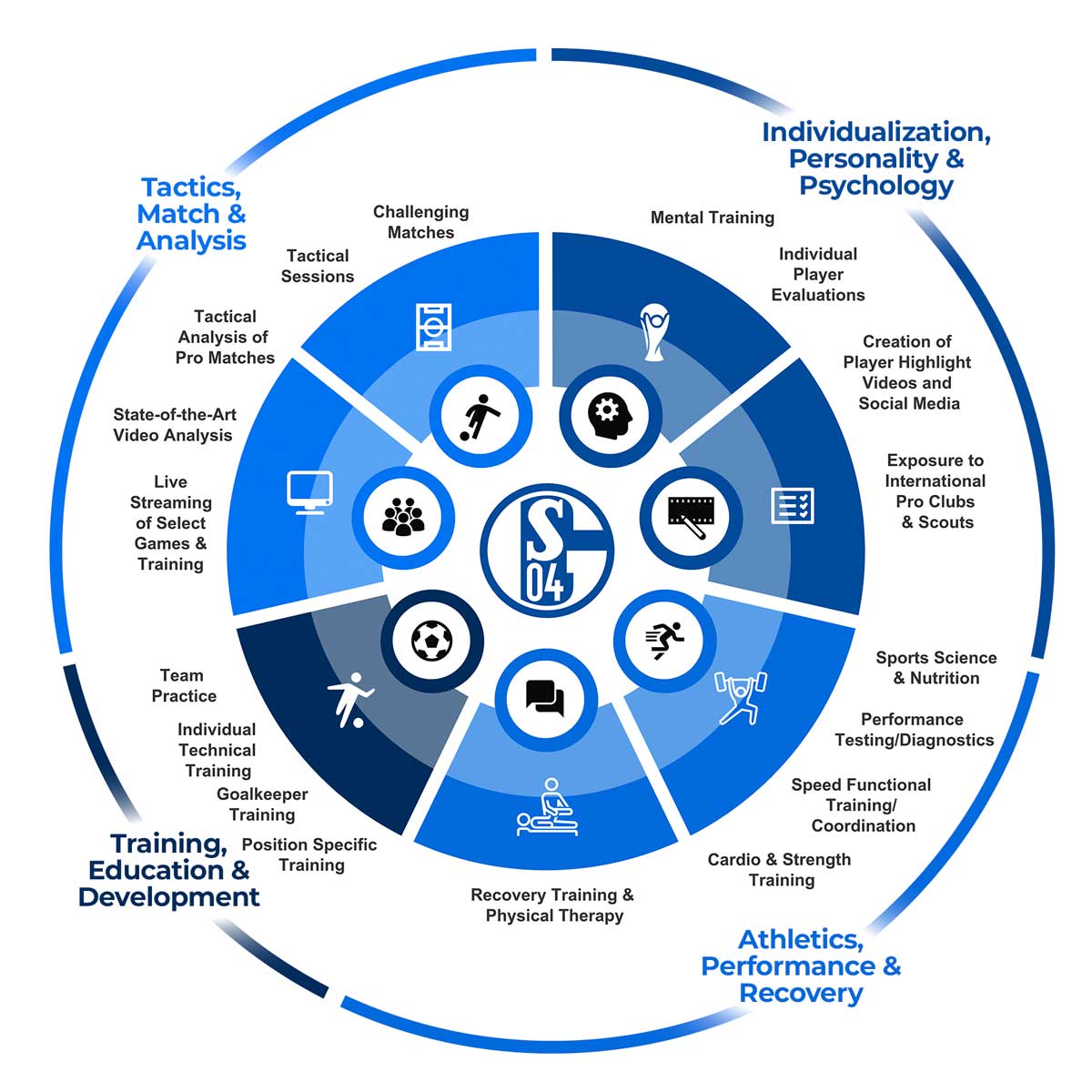 Redefining the future of youth soccer, this joint initiative provides a completely integrated player development program with FC Schalke 04. This unique immersion program was created to meet the higher needs of America’s most elite 2005/04 players and is coached exclusively by FC Schalke 04 coaches.

Players will train at Schalke campus, a 10-minute walk from hotel.

Players can take advantage of our educational partner, Arizona State University (ASU), which has a rigorous preparatory academy — perfect for serious student-athletes.  A part of Arizona State University, ASU is an accredited online school with an accelerated path toward college admission — and offers a flexible schedule so players can train and travel without missing school. (Additional costs apply).

Our Commitment to Players

Players on the INTEGRATED Academy will stay at the stays by friends Gelsenkirchen, which is walking distance to the Schalke stadium, the Veltins-Arena. Two players per room. Flat-screen TVs. Anti-inflammatory sports diet.

“For the future of the club, it can only be an advantage to promote one’s own talents so well, becausethey are of great value for one’s own identification.” 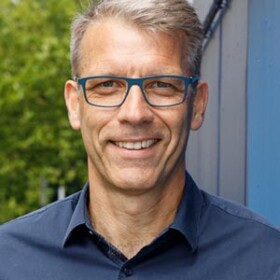 “Soccer is not about mathematics. It’s about emotions. Leave the player, leave the game, leave its little secrets alone.” 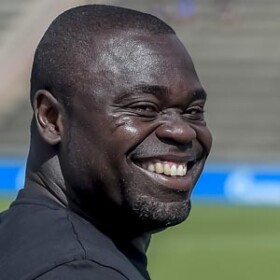 “The players are working hard on their dream of becoming professionals. We try to give them the right input for this.”

Gerald Asamoah, Head of Sports U23

“Schalke offers young American players a once-in-a-lifetime opportunity to succeed in one of the best soccer academies in the world.” 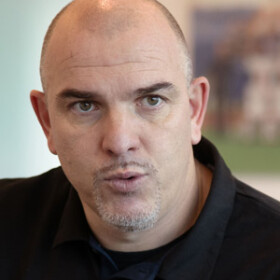 “We are happy to be part of this project. We are excited to work with American players.” 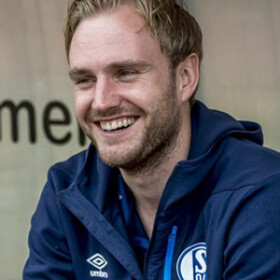 “We are looking forward to giving US talents the opportunity on the highest level to show their skills, character and commitment.”

“The cooperation with International Soccer Academy is a win-win situation for both sides.”

“We are very happy about this partnership. It allows us to look for and hopefully find great American soccer talents.” 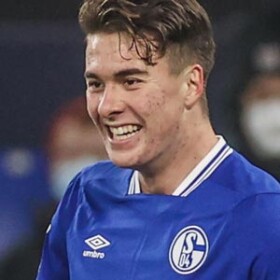 “Being a pro? It’s what every young player dreams of, you know?” 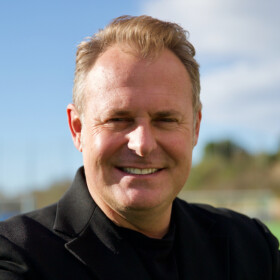 “Never before has this opportunity existed. This groundbreaking partnership with FC Schalke 04 provides authentic access for America’s top young soccer players to be part of a top Germany professional club for a full season.” 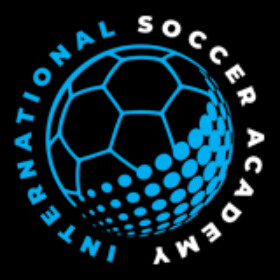 “We asked FC Schalke to duplicate their academy model as closely as possible — and they asked us to deliver really talented players who have the potential to become pros.”

“Schalke is emotion, is tradition. We want to convey these values ​​to the young players so that they can truly live and represent them.”

Gerald Asamoah - Head of Sports U23
1

Another pathway to get approved. FC Schalke 04 scouts will review player highlight reels.

If a player is accepted, he will complete and sign the Player Agreement. A non-refundable deposit is required.

Arrival on Site in Gelsenkirchen, Germany

Discounts available at headquarter hotel for family traveling with player

For additional questions, please email us at info@InternationalSoccerAcademy.com